"White mice were exposed to atmospheres containing known amounts of atomized influenza A virus (PR8 strain) of constant potency under conditions of varying humidity. It was found that an amount of atomized virus suspension which produced a 100 per cent mortality rate in animals exposed at 30 and 80 per cent relative humidity, respectively, resulted in the death of only 22.5 per cent of mice at a humidity of 50% The humidities between these values gave intermediate results." (see graph)

"The infectivity of the air-borne virus decreased so rapidly at a humidity of 50 per cent that it was impossible to secure a 100 per cent mortality rate in the exposed mice even by greatly increasing the dose of virus atomized."

"The use of a dialyzed virus suspension (comment: salt free virus suspension) at a humidity of 50 per cent resulted in the death of all exposed mice. This suggested that the deleterious influence of humidity was related to the presence of sodium chloride in the atomized suspension."

"These findings with influenza virus closely resembled those obtained by Dunklin and Puck with the bacteria strains pneumococci, streptococci, and staphylococci. This suggests that the factor responsible for the lethal effect of humidity is common to salt containing droplets and may inactivate viruses and bacteria." 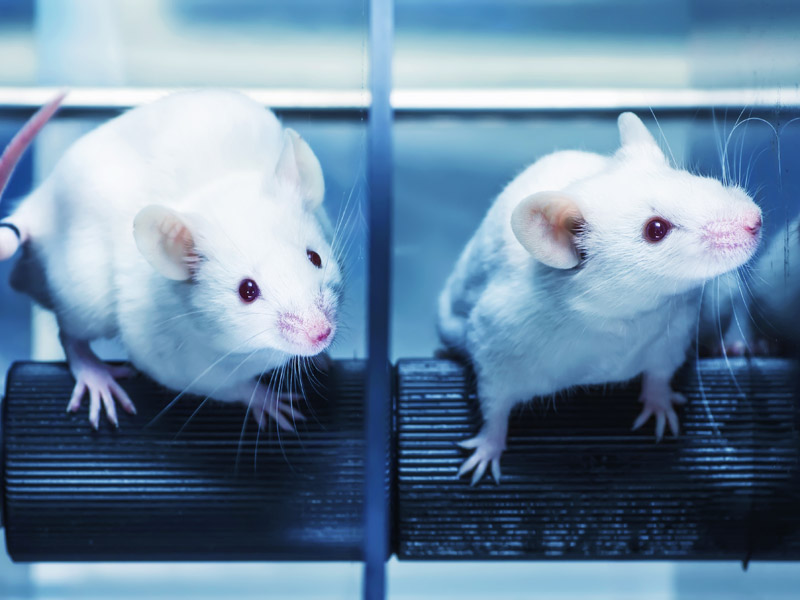 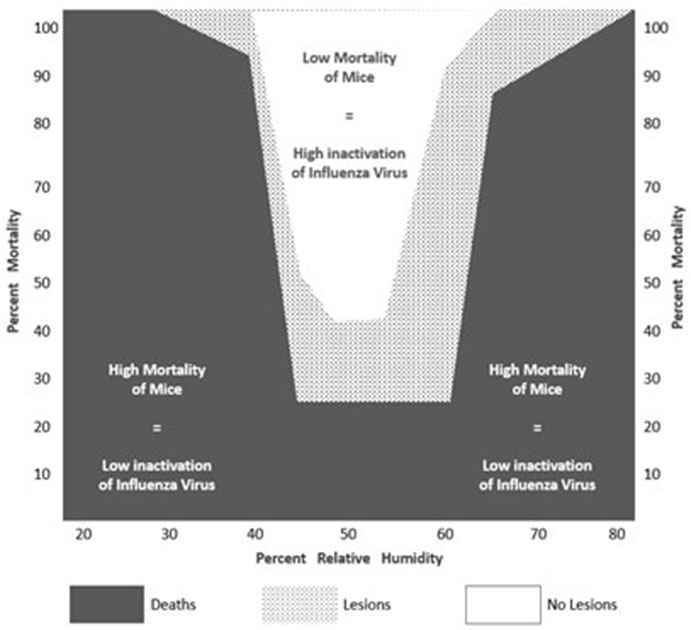 Low humidity acts as a conduit for viruses and airborne bacteria to disperse and travel around a building and threaten all occupants.

Dry air and our skin

Low humidity dries the outer layer of our skin leading to itchiness, cracking and dermatological problems.

Dry air and our eyes

The dark “dead zone” in the graph is impressive and represents over 90% of the mice dying when exposed to the airborne influenza in humidity conditions below 40% and above 70%RH.

The high mortality of mice demonstrates the virus' ability to survive for longer at low and high humidity levels. The low mouse mortality shows how quickly the virus becomes inactive in the mid-range humidity level.

The additional study observation, concerning the properties of the airborne droplets, is of great importance.

Inactivation of virus only took place when the atomized virus suspensions (standard was horse serum) contained salts. The physiological salt content of the droplets may, very probably, inactivate viruses and bacteria in the humidity range of 40 to 60%RH, where it is super-concentrated due to evaporative water loss.

Other scientific studies relating to humidity and health...